The beginning of things: My thoughts on Orphan Sunday

>Today is Orphan Sunday, as deemed by the Christian Alliance for Orphans. It’s a day that some churches, or advocates within churches, use as a starting point to discuss orphan care (foster care/support/adoption/etc.) within their communities. It’s a noble cause.

After all, “pure religion” is looking after the orphan and widow in their distress, according to James 1:27.

But all the focus on orphans and adoption, and the Christian “movement” focused on adoption, makes me a little wary. (And I’m a Christian. And an adoption advocate.) 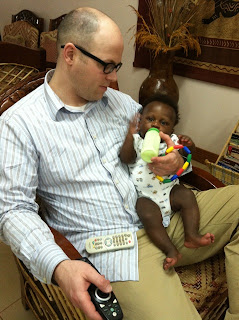 Here’s why: I’m afraid the hard stuff gets lost in the emotionalism of the orphan’s plight, of rescuing, of saving, of repurposing the scripture, “I will not leave you as orphans; I will come to you” (John 14:18). I used to see myself as the savior in that scenario. My fierce mama heart resonated — yes, I thought. I will come to you.

The home study and paperwork and adoption education did their best to ready me for the sometimes difficult realities of adoption, but my focus remained on what I thought was the finish line: finally meeting our son, then coming home with him. I used to think of the beautiful parallels to my own experience of spiritual adoption, when God made me part of his family. The moment of rescue the day God adopted me was the day I committed my life to him.

That’s why I watched the gotcha day videos with tears streaming down my face. To me, in the thick of the adoption paperwork and waiting process, gotcha day, or airport day, represented the culmination of the journey. That was the end — the final destination. Then, the courts would make it official, and it would be just like the fairytales.

I’m not sure if it’s American culture, or (American) Christian culture, but I think we tend to focus on the beginnings of things. I know I did. Actually, what I thought was the end was actually the beginning. I had no idea that gotcha day was only the introduction. That the airport was the very first chapter.

Those are beautiful moments, highlights in the adoption process to be sure. But they are but moments.

It’s like the two-week crush of media after a natural disaster, or the few weeks of intentional care and concern by friends and family after a death. Or, can I say: Kind of like the focus on gaining salvation as the goal of our faith. We’re really stellar at the beginnings of things.

After the media leave and the meals stop being delivered, the rebuilding continues and the grieving goes on. After the decision to commit a life to Christ, the “conversion” doesn’t end. In fact, that’s just when discipleship should get its legs, but it often doesn’t. If all support drops off after the prayer, the disaster, the death, the airport day, we can find ourselves quite isolated in what is a critical time.

And if a family isn’t prepared, or chooses to downplay (like I did) the harder realities of adoption — of the laborious, long work of attachment, the behavior issues or their own troubles attaching to their new child — it could be setting everyone up for more heartache. 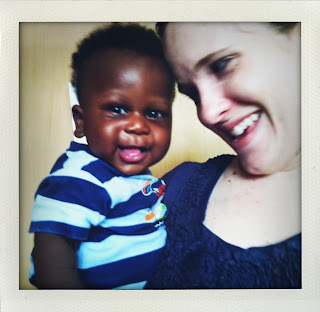 Orphan Sunday’s goals are to draw attention to the orphan crisis, and it is that: Estimates now place the number of orphans (children who have lost at least one parent) worldwide at around 150 million. Statistics about child slavery, trafficking, the foster care system and abuse are also sobering and overwhelming.

The Christian Alliance for Orphans has lots of ideas for how to help. They say that not everyone is “called to adopt,” but that we can all help orphans in some way. I believe that’s true, and there are many, many options ranging from choosing to buy slave-free chocolate to choosing to adopt a child. Some families even make the decision to adopt on Orphan Sunday. And I am all for it.

But my concern and my heart is for the families that might get caught up in the adoption fantasy, in the “rescue” mentality, in the desire to have our families look a certain way or to be part of the movement. There are some churches with multiple families who have adopted from the same country, for example. And that can be a very beautiful thing. But the emotionalism of gotcha day fades fast in the deep waters of a child’s real-life story. The orphan movement’s goals get lost in the intensity of attachment struggles.

I want those families to know that for me, really loving my new son took some time. That gotcha day can feel way, way different that you’d imagined. That making a child my son wasn’t magical or instantaneous or easy. It was full of joy and just as full of pain. I grieved the loss of our tidy little family of four and everything in me wanted to retaliate when my new son pushed me away in his moments of struggle and grief. I want them to know that I only recently found my footing, and even then some days are a struggle.

And I’ve found I see faith differently, too. God is present-perfect — always renewing my mind. Continually teaching me how to be his daughter. Never stopping redeeming me, saving me, loving me. And so I’ll follow his lead: I’ll keep teaching my son what it means to be part of this family. I’ll never stop learning how to love him better. 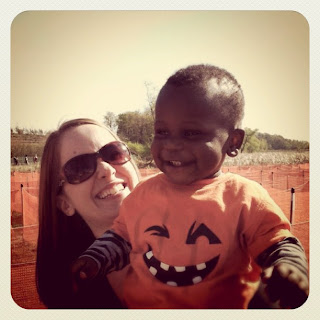 And for our next adoption, I’ll spend a lot more time preparing my heart for the unexpected, getting ready to be changed, and praying for strength, wisdom and support to last the entire adoption journey — going far beyond gotcha day.