Relief from ease: The other side 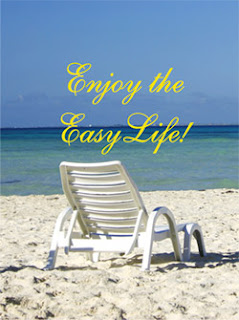 Thank you, Interwebz, for having an endless supply of ridiculous images to illustrate my point.

My post last week was my misgivings about the evangelical orphan movement and the dangers of getting caught up in the fantasy of Christian adoption, of buying into the “save one” mentality, of ignoring the hard stuff in favor of high emotionalism and being part of a movement in evangelical circles.

I stand by it, because I think I’ve witnessed the fallout from it. Once you’re in a child’s life and you try to make them your very own, you come up against some pretty heavy stuff. Heavy stuff in your child’s past, losses and pain and mistrust and brokenness, but I found — heavy stuff in me, too. While we were in Uganda, my son was grieving but it was me who had difficulty attaching. And actually, I was grieving, too. I had trouble letting go of my tidy little life as a family of four, of predictability, of being able to close my eyes and not see Africa, orphans, AIDS or need. On the flight over, at the very start of what was my very first trip to Africa, in the middle of watching a movie, I had a completely overwhelming urge to run. Fast. Far, far away from what I was about to do. The fear was nothing I’d ever felt before. For a few moments, I seriously considered bursting into the cockpit and demanding to turn around. I’m not kidding. I wanted out.

But. We were in it, and we were already on the way, and we had a son who needed a family, and we were it for him. After the fear subsided and I could breathe again, I remembered him. Waiting for us. How could I back out on him now?

There are hundreds of thousands of kids just like him. Who have no one. Who need families. Who are waiting.

That’s really what Orphan Sunday is all about. It’s not intended to “trick” anyone into signing up for adoption. At least I hope not. The process and dedication and education and hoops you have to jump through are enough to keep most people away who aren’t really ready for it. Orphan Sunday, thank sweet baby Jesus, is about the orphans. Their needs. Their future. Their possibility.

Sometimes, I need a reminder that my life isn’t all about me. That maybe I was made for more. That maybe the little plan we’ve plotted for our lives might not be exactly what Jesus meant by “follow me.” Sometimes, Jesus asks us to do something hard. Crazy hard. Something we’d never, ever thought we could ever do. For you, that might not mean adoption. But what could it mean?

Without Africa, I certainly wouldn’t be as brave as I am today. I wouldn’t care as much about issues outside my life bubble. I wouldn’t pay attention to the tiny trickle of Africa news that reaches us. I wouldn’t want to help. I wouldn’t think I could do much. In my tiny, one-person, one-family experience, I decided to do something hard and God said, “Okay. If you’re willing to do that, then wait until you see what else I have for you.”

And there’s no fear in his plan. Because he showed me his character through that situation, I’m wiling to see what he has next for me. I want it. I crave it. He granted me relief from ease, and you know what? The burden is light.

Honestly, it has been hard. Harder than I thought it would be, forcing me to grow and change and acknowledge weakness and depend on God more, but we also got some huge benefits out of the deal. We got a son who brings us joy every day. We grew our family and gained a lot of love. I think if you’re willing to do something hard, God shows you the beauty in sacrifice. He gives you blessing out of pain.

If you’re considering adoption, or feeling overwhelmed by the orphan crisis or the famine in Africa or the plight of LRA victims or the needs of American kids in foster care, don’t let the size of the problem numb you to it. Yes, the world is ugly and horrifying and hard and cold. Yes, I can’t make these things go away by myself. But what is that burning inside us for, if it’s not to step outside what’s known and predictable and easy? How is God asking you to shift your life to let his grace in, and how can you know how far that will go?

Adoption is a crazy beautiful mess. It’s pain and it’s redemption. It’s grief and it’s hope. It’s brokenness and beauty, and it’s full of grace. And that’s just one of a world of ways God asks us to step outside ourselves into something bigger. Something that might be hard.

Just let yourself ask the question. What if I was willing to sign up for something harder than this life I’ve got? What if I asked to be changed? What if I told God I’d do anything? What could God do then?

Respond and see what he’ll do. That’s the real beauty of Orphan Sunday. If all of us acted on those pulls on our heart, wherever and whatever that might look like, oh my. How the world would change. It would. All of us? It would change overnight.

One comment on “Relief from ease: The other side”