Of chocolate and conscience

>Once upon a time, Nathan and I went on a little weekend trip to Chicago. 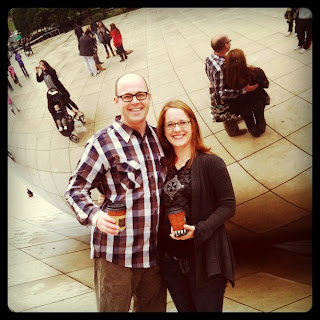 One night when we were trying to figure out whether to go to a late movie or to just get some wine and chocolate and go to bed (just to be clear, I mean to sleep, also a highly coveted activity when our children aren’t around). The chocolate and wine and sleep won by a landslide, so we went to Trader Joe’s, bought some beers (him), a bottle of pinot noir (me) and a couple chocolate bars (mostly me, but he managed to eat half of it anyway).

One of those chocolate bars was this: 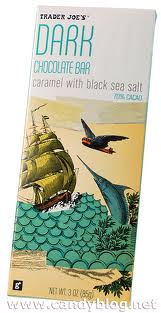 Dark chocolate. Smooth caramel. Black Sea Salt. The black sea salt isn’t really black (I don’t think?), and it’s from Hawaii, and it’s inside the chocolate bar and sprinkled on the outside, too.

(Side note: Does anyone watch the show “Happy Endings?” Penny’s catchphrase, which her friends regret is part of her vernacular, is “amahhhzing, and it’s hilar. The entire show. You should watch it so it doesn’t get cancelled.)

It was one of those moments, and I realized that this was my new go-to chocolate bar. I don’t care that I didn’t really have one before or that I just made that up. It was made for me,  and I for it.

And then, I found out about chocolate slavery. Hundreds of thousands of children on African cocoa farms are forced to work (instead of having a childhood) in horrendous conditions, to feed the world’s chocolate addiction. And Hershey’s (as well as other chocolate companies) funds this practice by buying cocoa from these farms. And then I fund it by buying Hershey’s chocolate.

And Hershey’s is just the worst offender. Basically, if it doesn’t have “fair trade” or “organic” stamped on the outside, you can’t be sure that’s it’s not slave chocolate you’re eating.

And that doesn’t taste so good anymore, does it?

Even when it’s got caramel and sea salt and all the things I’m made of.

So when the kids and I ran to our neighborhood TJ’s today, I think I read every word on that dark chocolate caramel and sea salt package. And then I cried a little. Because “fair,” “trade,” and “organic” were not on the package. Anywhere.

I’ve already written Trader Joe’s a little note via their website, telling them my sad tale and asking them to source their chocolate fairly for ALL their products, but ESPECially my go-to bar. Because until they do, I cannot go there anymore.

This Halloween, if you haven’t purchased your stash yet, consider buying fair-trade chocolate? Kristen lays out a bunch of ethical Halloween options on a follow up post, too.